When Everyone Acts Violence Ends Learn how your actions support survivors and work to end violence.

WEAVE is dedicated to the belief that When Everyone Acts Violence Ends. Learn more about how your actions support survivors and work to end violence. 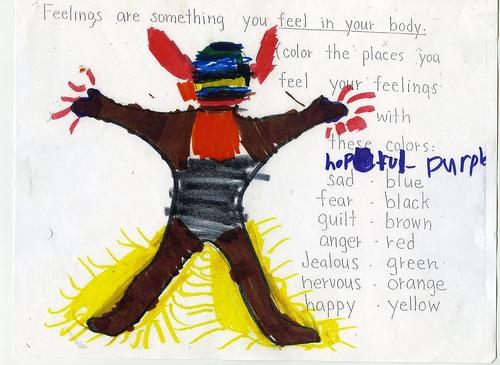 The Story of Tucker

Did you know that more than half of school-age children staying in domestic violence shelters—like WEAVE’s Safehouse—show clinical levels of anxiety or posttraumatic stress disorder?

Without treatment, these children are at risk for suicide, school drop-out, and repeating the cycle of violence.

Tucker is eight years old. He recently arrived at the WEAVE Safehouse with his mom, Janice, after the violence at home became life-threatening. In addition to physical abuse, both Janice and Tucker were repeatedly told they were stupid and insignificant.

Sadly, Tucker believed what he was hearing. This dejected, broken little boy lost his will to live. He didn’t laugh. He had no interest in games or playmates. He told his counselor, Autumn, that he wanted to kill himself.

At WEAVE, we see far too many children displaying signs of posttraumatic stress disorder and suicidal tendencies as a result of violence in their homes.

Autumn immediately developed a therapeutic program for Tucker. She asked him to color a drawing of himself, much like the one here. She asked him to use colors to show how he was feeling. For the first time, Tucker spoke about the violence he experienced—an important breakthrough in his healing.

“Thank you for letting me talk about my mom and dad fighting,” Tucker told her and smiled—something he hadn’t done in months.

Help save the life of a boy like Tucker. Make a donation to WEAVE today.

This item appears in

Back
This item appears in: